What we do in this class:

This well-revered class on Empire’s schedule has a reputation for being one of the most difficult – to the contrary, Empire’s Ninja Class is quite the opposite!

Ninja is designed to allow for a safe, self-paced learning environment to encourage you to think outside the square.

Primarily focused on bodyweight movement, particularly push & pull movements, this class is instrumental is mastering the techniques behind pullups, pushups, handstands, headstands, their variations & other advanced calisthenics movements most people (not our Empire Crew!) only dream of executing!

This class requires courage & an open mind to the possibilities of human movement & will not be on your list of things you regret doing!

Water Bottle, Towel & Your A Game! 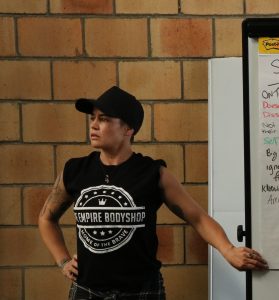